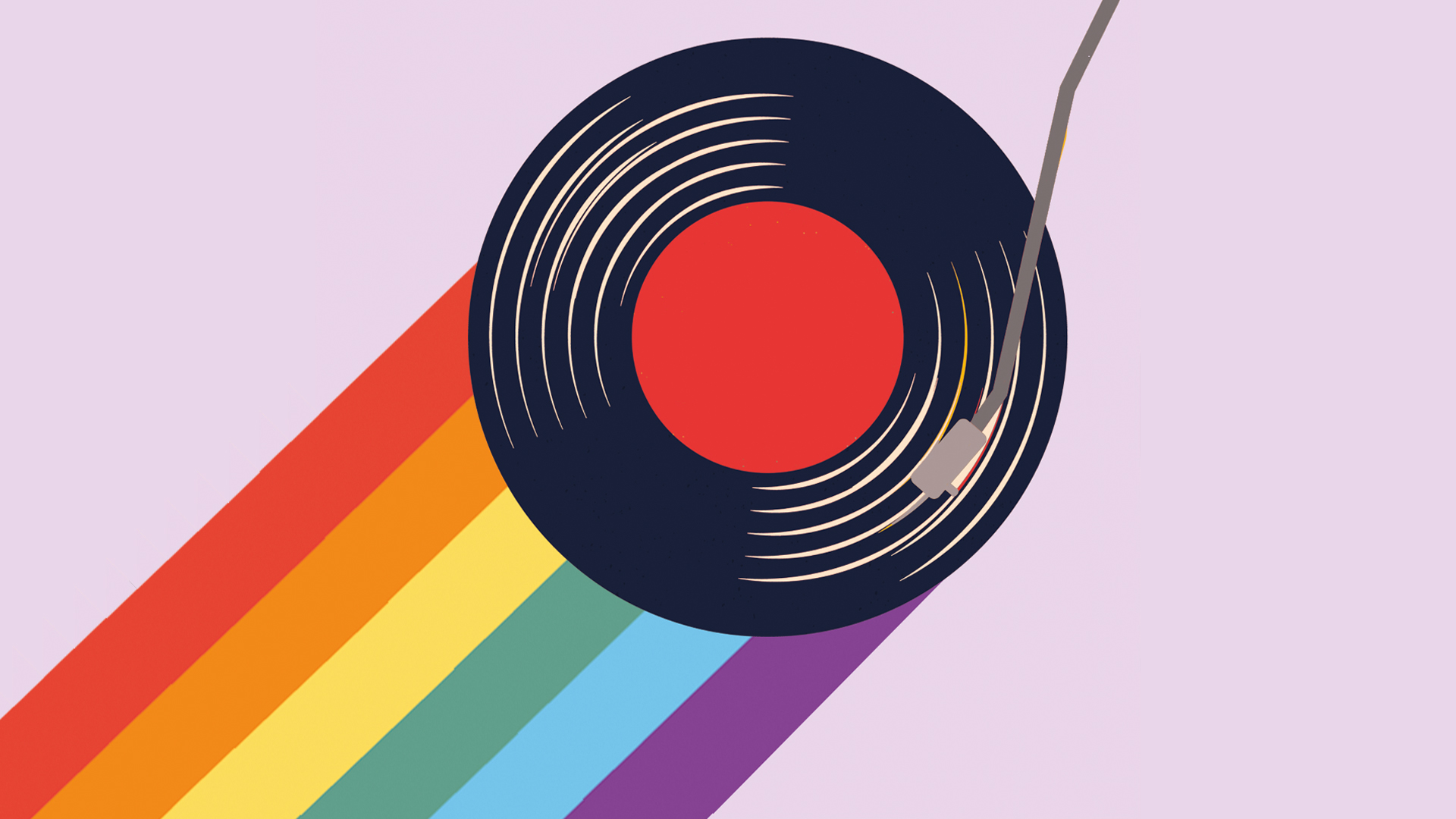 Across the globe, LGBTQ+ communities celebrate Pride. In many countries, Pride is celebrated in June and has become a symbol of support for the LGBTQ+ community. It is a way for those both in and outside the community to show solidarity, promote and celebrate LGBTQ+ culture.

While Pride months are important and necessary, it is on the part of allies to continue to support LGBTQ+ communities every day of the year.

This isolation playlist showcases LGBTQ+ voices spanning different musical genres. While Pride is a great time to promote and support LGBTQ+ voices, as allies we must strive to make every month a celebration of LGBTQ+ artists.

I hope with this playlist, music fans will be introduced to some incredible artists while feeling inspired to continue finding LGBTQ+ artists to support and listen to. 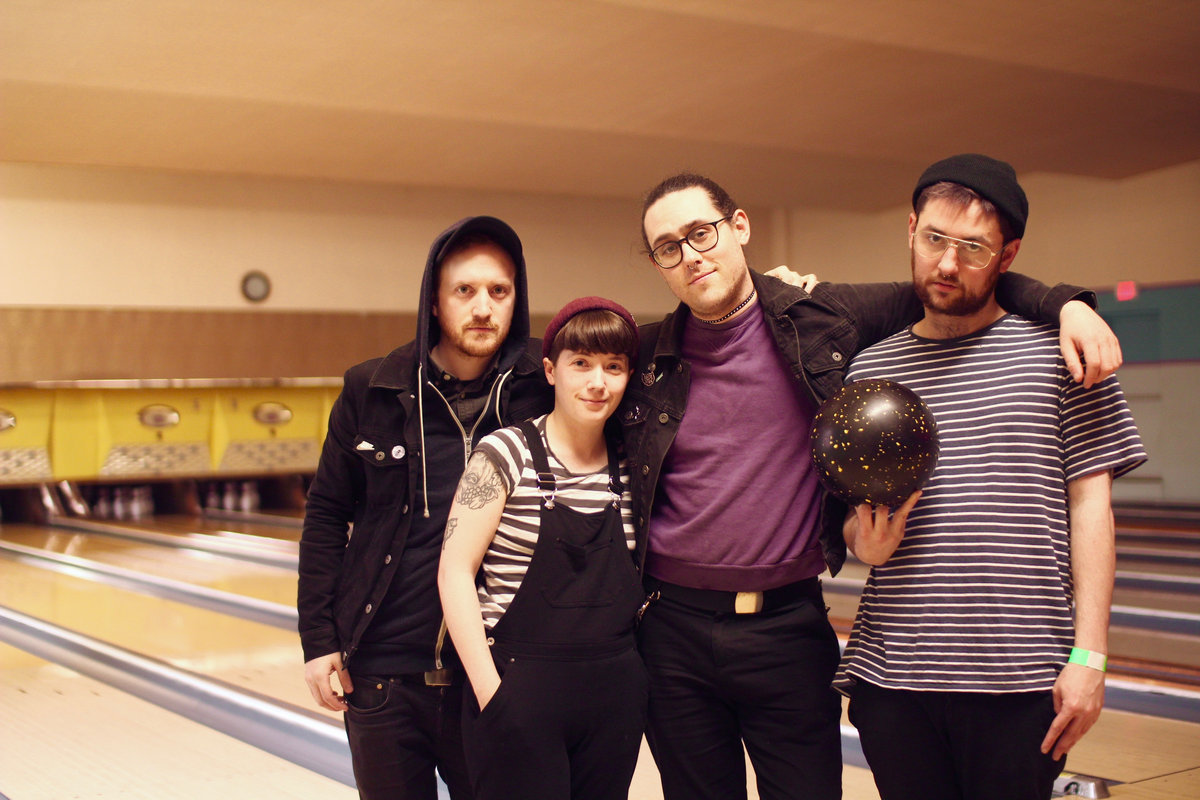 Definitely one of the best songs of 2019, and I was lucky enough to hear it live at the iconic G-A-Y venue. I listened on enthusiastically while Martha took the stage and played most of their new album Love Keeps Kicking but I just had to cling onto this one.

Then the line continues on, “You endured me like double chemistry, I don’t know what to do now”, and it’s Martha at their best: painfully specific and forever distinctive.

With albums exploring lost love, quiet moments and the endless confusions of humanity it is just too ironic that Martha also happen to herald from Pity Me, Durham. Made up of Daniel Ellis, JC Cairns, and brother sister team Stephens and Naomi Griffin, Martha continue to write endearingly specific songs that fans cannot help but relate to.

They are strong supporters for being politically active and continue to support causes they agree with. As active members of the UK’s DIY punk scene, Martha are a consistent fan favourite and are known to support other artists in the scene. Martha are definitely a band to look up to and unapologetically obsess over. 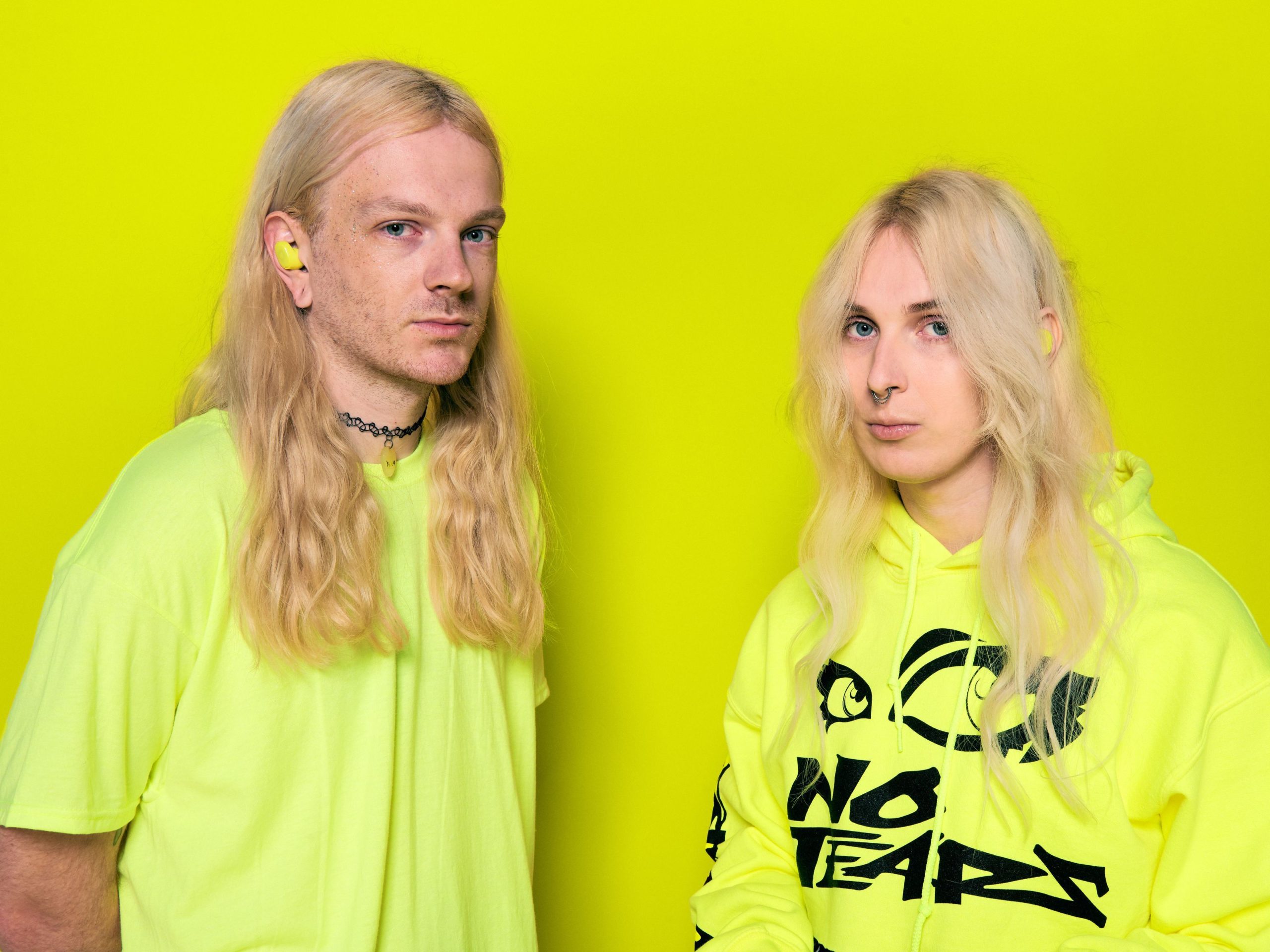 100 Gecs’ debut album 1000 Gecs both confused and excited the music industry. As a former Warped Tour kid and a forever outcast, this was the album I desperately needed. Using pop and rap lyricism, electro beats and thrashing guitars all at once, 100 Gecs have made an album that is like nothing you’ve ever heard while strangely familiar all at the same time.

“xXXi_wud_nvrstøp_ÜXXx” is the perfect example of this, sounding something like the club version “Everytime We Touch” but on an acid trip. It is thrilling, fast paced and creates a wave of emotions. There are bits of calm that then get thrust around, leaving you shaken up but desperate for more.

Songs like “ringtone” and “stupid horse” continue to surprise me, even after having listened to them hundreds of times. I still cannot stop smiling when listening to, “I make my money on my own, Waking up five in the morning, Throwing money in the oven, f**k sleep and his cousin” from opening track “745 sticky”.

1000 Gecs is what you want electronic music to sound like in 2020. 100 Gecs will continue to be one of those groups that keep me on my toes, and I cannot wait for what they have planned next.

100 Gecs is the brainchild of production and songwriting team Laura Les and Dylan Brady. While 100 Gecs seems to have come out of nowhere, the duo has been working together for years. They met in their teens and continued to stay in contact, keeping up with each other’s music.

It was in 2015 that they started working together on their first self-titled EP. While they continued to work on their vision of 100 Gecs, they worked with other artists. Finally in 2019, Les and Brady released their first full album as 100 Gecs, and the rest is history. 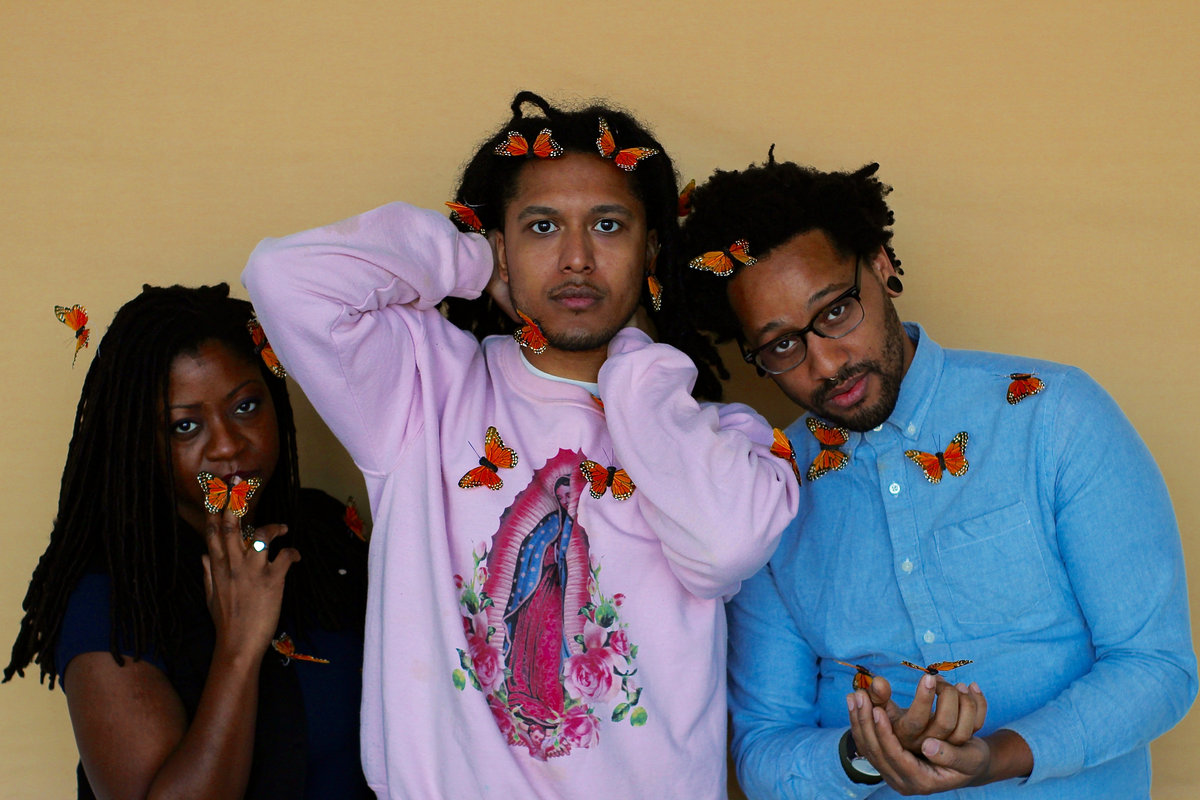 Proper. takes elements of early 2000’s emo punk while taking on the world we live in now. Off their album I Spent the Winter Writer Songs About Getting Better, it is just one example of their skilled song writing and rock instrumentals.

While emo music has been criticised in the past for not being inclusive, Proper. have made an album that takes what we love from the scene and explores issues that apply to different groups of people.

My favourite line from “A$AP Rocky Type Beat” just has to be, “Don’t get me started on my fragile masculinity, all I heard growing up was queer men can’t be manly, so I’ll overcompensate with hypersexuality, and pick fights over little shit and call it integrity”.

It is direct, even the music falling away so that you can really focus on this line and what is being said to you. While this song is a clear standout, the entire album is filled with remarkable song lyrics.

I continue to find myself listening to “Dekalb Ave” closely relating to the singer’s delicate delivery of, “Just know I could watch boys chew bubblegum all day.” The entire album is a masterclass in emo song writing, showcasing Proper.’s artistry.

Brooklyn based Proper., originally named Great Wight, is a DIY emo punk band comprised of Erik Garlington on guitar and vocals, Natasha Johnson on bass and Eli Whitney on drums. The trio explores what it means to be LGBTQ+, POC and from the American suburbs.

The band was asked, why the name Proper., and they responded, “We got it from white people telling us, ‘You talk white. You talk, like, real proper. One of your parents must be white!’” They tackle complicated issues with expert artistry and continue to excite emo fans across the globe.

You can listen to I Spent the Winter Writer Songs About Getting Better on various music platforms, and you can follow the band on Twitter. 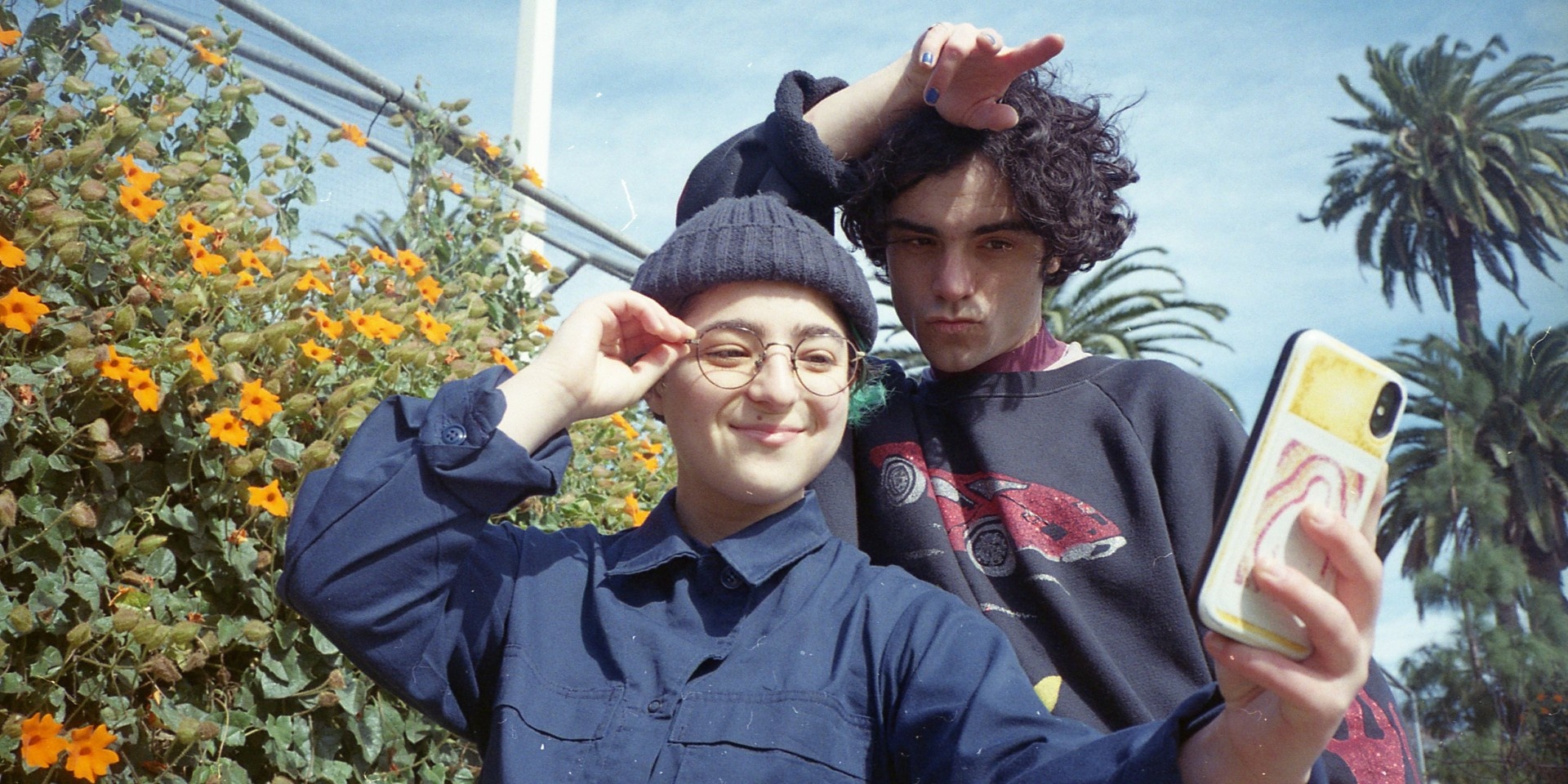 This beautiful duet combines electronic beats and singer-songwriter guitars to tell the story of only looking to be with someone for what they can physically give you. It is a perfect fusion of classical guitar-based sounds overlaid with modern pop beats.

The lyrics are simple, but that creates a delicate atmosphere taking in the whole vocal and instrumental experience. The chorus has Claud singing “You only want me for my body” along with a gentle guitar and subtle beats.

Claud’s combination of electro beats and guitar call back to past releases like “Wish You Were Gay”, and showcases a pop style that both feeds off of what is currently happening in the scene with lyrics and guitar chords that are distinctively Claud.

This is not the first time Claud, formerly Toast, and Del Water Gap’s Holden Jaffe have collaborated. Meeting at Brooklyn’s hipster hang out Baby’s All Right, the two artists have been in each other’s musical circles.

In 2018 they worked together on “Never Meant To Call” in which the music video has Claud dancing along with an inflatable doll. Both continue to release music separately, but we are always excited to see them come together.

You can listen to “My Body” on Spotify, and follow Claud and Del Water Gap on Twitter.

Todrick Hall has brought a bit of sparkle to this tough time, with an EP combining the Covid-19 experience with sprinkles of glitter. Quarantine Queen embodies Hall’s hilarious lyrics and electro-dance music, creating a quirky ode to an unprecedented situation.

In “TikTok”, Hall pokes fun at those of us who have spent endless hours on TikTok, followed by “Meow” which is a playful take on the Tiger King craze. While it is an amusing Covid-19 tribute, it also touches on the difficulties that many face.

“Rent” focuses on the struggle with not being able to pay rent but making it clear that at this time they should not have to. Quarantine Queen is a much-needed comic relief, a stage for Hall’s fabulousness.

Singer, rapper, choreographer and director, Todrick Hall is a master of anything entertainment. In 2009 he took part in American Idol and his career grew from then on. He appears regularly as a judge and coach on RuPaul’s Drag Race, shinning with his killer smile and upbeat personality.

His choreography is world renowned, having orchestrated flash mobs for Beyoncé. Recently he won an MTV Video Music Award for Taylor Swift’s music video “You Need To Calm Down”. Hall continues to be the face of confidence and kindness in the entertainment industry, dancing his way through life and delighting audiences along the way. 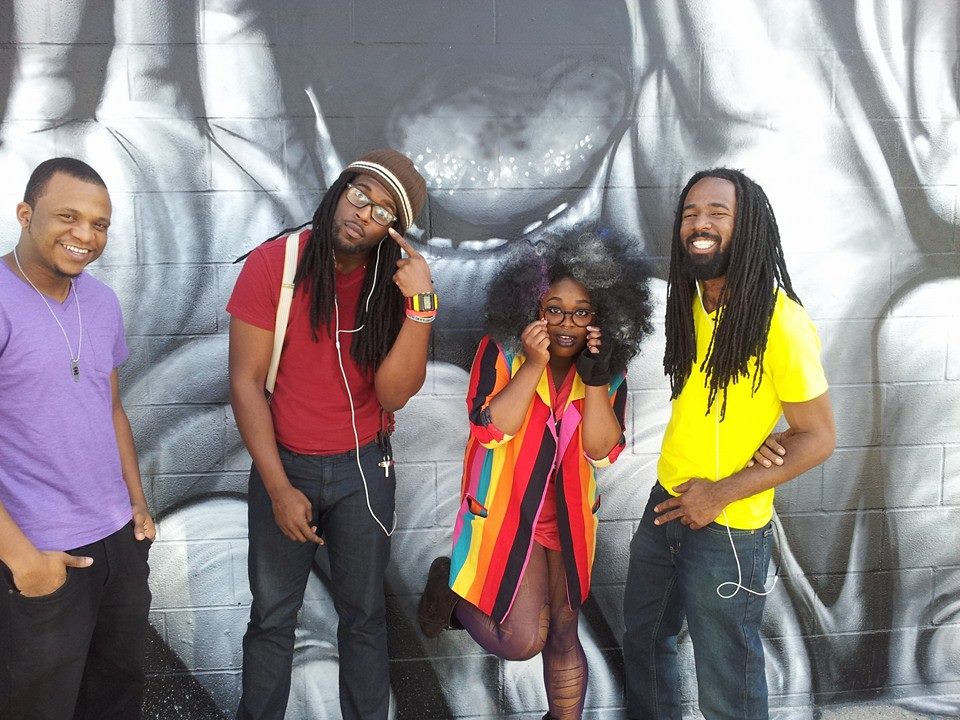