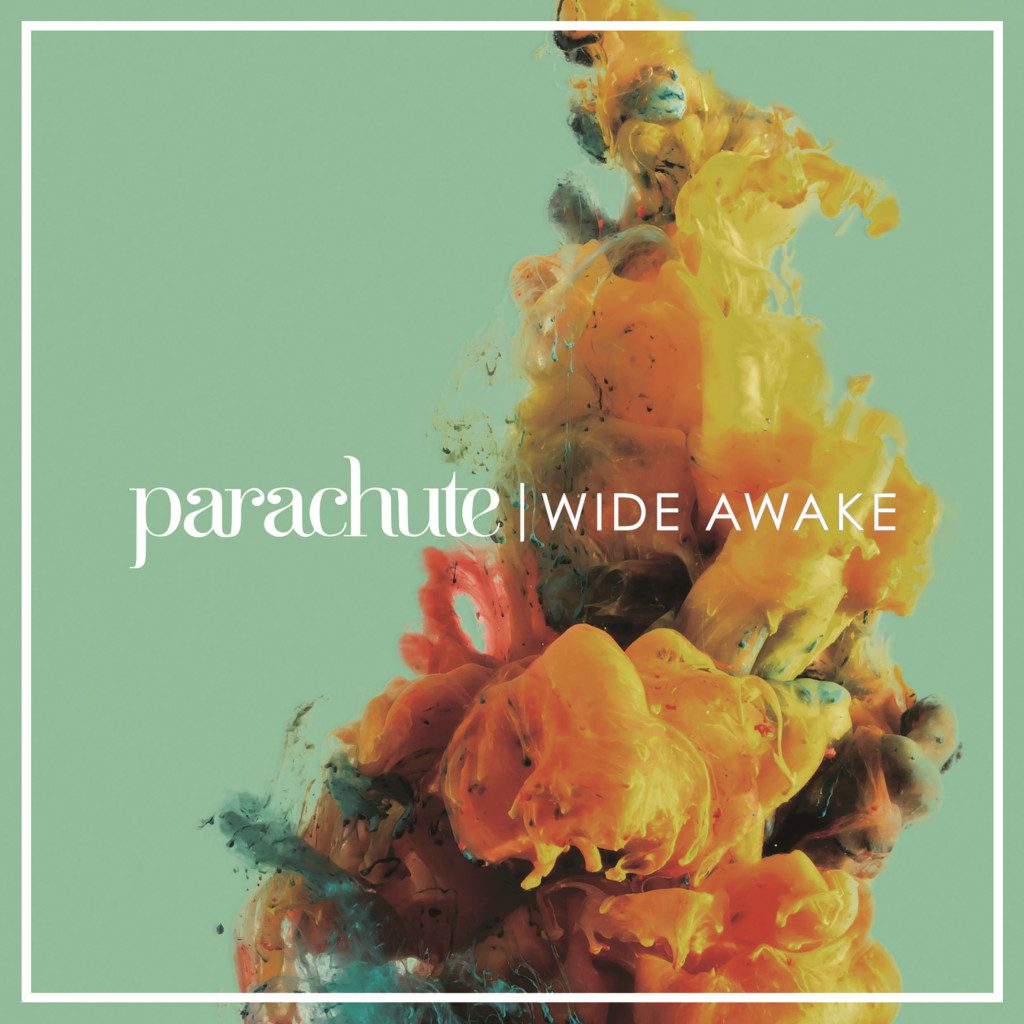 Parachute are an American pop rock band from Charlottesville, Virginia. Since 2006, they have released three albums, and the band’s fourth album, Wide Awake, was released on Friday, March 11. They appear to have had a revolving door of members over the last ten years, or so. Nowadays, they consist of Will Anderson on vocals/guitar/piano, Johnny Stubblefield on drums and Kit French on keyboards/vocals/saxophone.

The opening track, “Without You”, is earnest, life affirming and powerful. The whole thing is unpinned with a simple progression, but the most memorable of songs usually aren’t the ones that are complicated. The vocal harmonies for what appears to be the run in prior to the middle section are glorious, with the actual middle section proper is soulful, from the heart and a tad sexy.

“What Side Of Love”, meanwhile, is a very soulful number, gospel in fact. It’s definitely hopeful, to rise from the ashes of your near destruction. Again beauty here is in the simplicity. The piano drives this track, yet there isn’t anything overbearing with its play. The middle section lets the song breathe, particularly the vocals and that piano. The harmonies are much like the previous track, but have an extra kick with assistance from what sounds like a gospel church choir.

The third, the atmospheric, “Jennie”, begins with drums working the toms. A soulful croon is sung as the guitar searches for something meaningful to play, and succeeds with its simplicity. The drums then focus on the hi-hat, giving the song tension in its not overly loud, busy yet quite quiet ambience. The lyrics beg for this girl to come back, as if to be almost in tears, besides themselves with their longing.

The album carries on with “Everything”. Strings open this one, giving it drama before the chords of the piano plod with melancholy. The vocals, as in previous songs in the album, are from straight from the heart. Blue eyed soul, as they’ve been described, indeed. The strings are still there, but take a backseat to the vocals and the piano. There’s a nifty tempo shift at one point, however brief. The strings then build up again. The tempo shift reappears, as if conscious to give the song structure beyond the typical pop song, and a slight key change to boot.

“Lonely With Me” seems to be born of the track before, the transition, segue, almost seamless. This one’s more upbeat, like the happy ending to the story from the previous. The song reaches a point of change, giving the dynamics a heave ho. Tension builds into climax before joy is finally found, a hard fought fight to see the story, life, through to a happy ending, before the conclusion sees acoustic guitar strumming fade out with some harmonica.

Track six, “Love Me Anyway”, is a bit more peculiar than what precedes it. There’s a touch of echo on the vocals, and there appears to be drum machine in place of, as he talks about, “the real thing”. Piano chords rumble before the middle section gives them a less muddy identity, total clarity. The drums appear to sound more authentic, perhaps becoming “the real thing”.

“New Orleans”, is a hopeful, piano driven number with a pounding drum beat, like the “heartbeat” talked of on the track. The vocals for the chorus are almost falsetto, perhaps conveying pure joy, the soul of New Orleans, perhaps. Things almost shimmer to a halt, as the vocals breathe, before the piano and guitar kick back into the song proper. Again, there’s assistance in the vocal department and, again, it appears to come from a gospel church choir.

“When You Move” is a slightly melancholy, acoustic driven number of which only vocals and occasional piano assist. It’s all about the vocals building an atmosphere. Later there are female backing vocals and percussion that washes over the listener. The vocals then endeavour to build to crescendo, putting heart on sleeve.

Then there’s “Getaway”. This come in with a touch of overdriven distortion, arguably the heaviest of introductions on the entire album. Not even hard rock as such, but certainly a touch of grit not apparent on all tracks prior. The drums pound, but still allow for pockets of instrumentation to be heard between. Not at all incessant, but just keeping the beat. A descending piano riff indicates intrigue, that, perhaps, things aren’t going to go to plan. There’s saxophone riffing for the fade out, which is then followed by, by these standards, wailing guitar.

Track ten, “Crave”, is a groovy, piano syncopated with a track that really seems to have a swing to it. There’s a brief respite, letting the vocals breathe, but then it’s business as usual. The heart of this track is simplicity, too much so.

Second from last, “What Breaks My Heart”, is a piano ballad suiting the lyrical content explored. The drums kick, but merely rimshots to keep a beat; the clicking like the ticking of time, time wasted. Strings then come into add a touch of drama to proceedings, as if to convey the moment when the hero stands up to be counted and wins the day. That appears to be the case, with some triumphant lead guitar. However, the final moments are spent with that sombre piano and longing vocals, though “hope”, is spoken of. In what capacity, the listener can only wonder.

Closer, “Waking Up”, is reasonably epic, with soaring vocal melodies and big drums. Maybe this carries on from the previous song, too, with the song title implying all is not lost and, the cliché, that there are many more fish in the sea. This is furthered with the pronouncement of finally escaping. A middle section, of sorts, where things quieten, with only echoes of vocals, what’s gone before in life, ringing in the background. There appears to be a glimmer of percussion to round off things, fading out with the possibility that the stars have finally aligned in your favour.

This album pleases generally, but the likes “Crave” don’t really have enough going on in them. The gospel aspects of the album are definitely the most satisfying moments overall. Highlights particular to this are “What Side Of Love”. Closer “Waking Up” starts with a bang but, to be totally honest, ends with a whimper. A final flourish or a more epic fade out would’ve done the album better justice.

Parachute, with this spirited effort, have put together a tuneful slice of gospel and pop rock. There’s a good mix of ambience and melody to please more than just the teenyboppers of the world. A fair cross section of genres are explored, however subtle in most instances. Parachute’s Wide Awake can be bought from iTunes here. 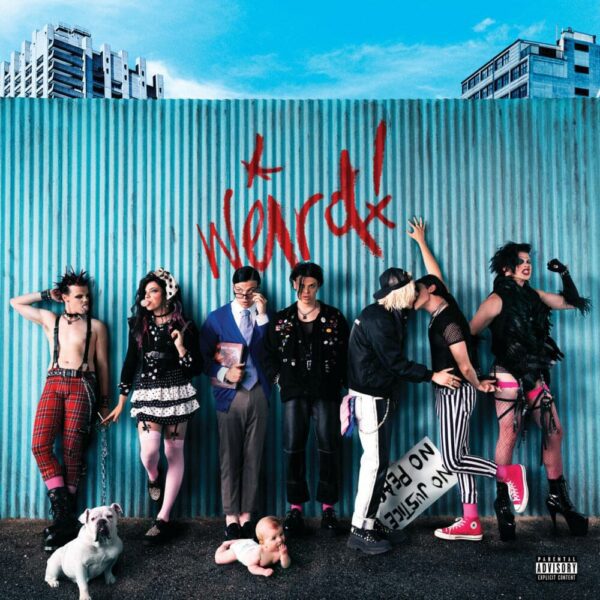 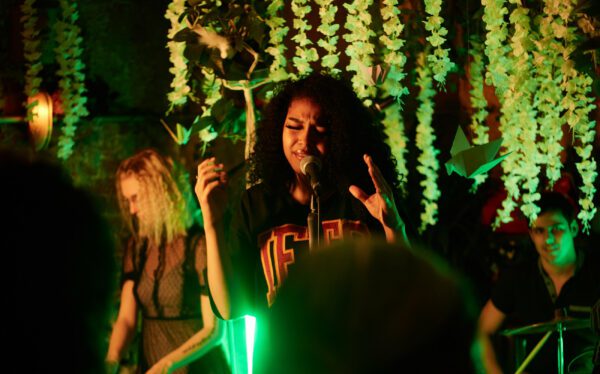