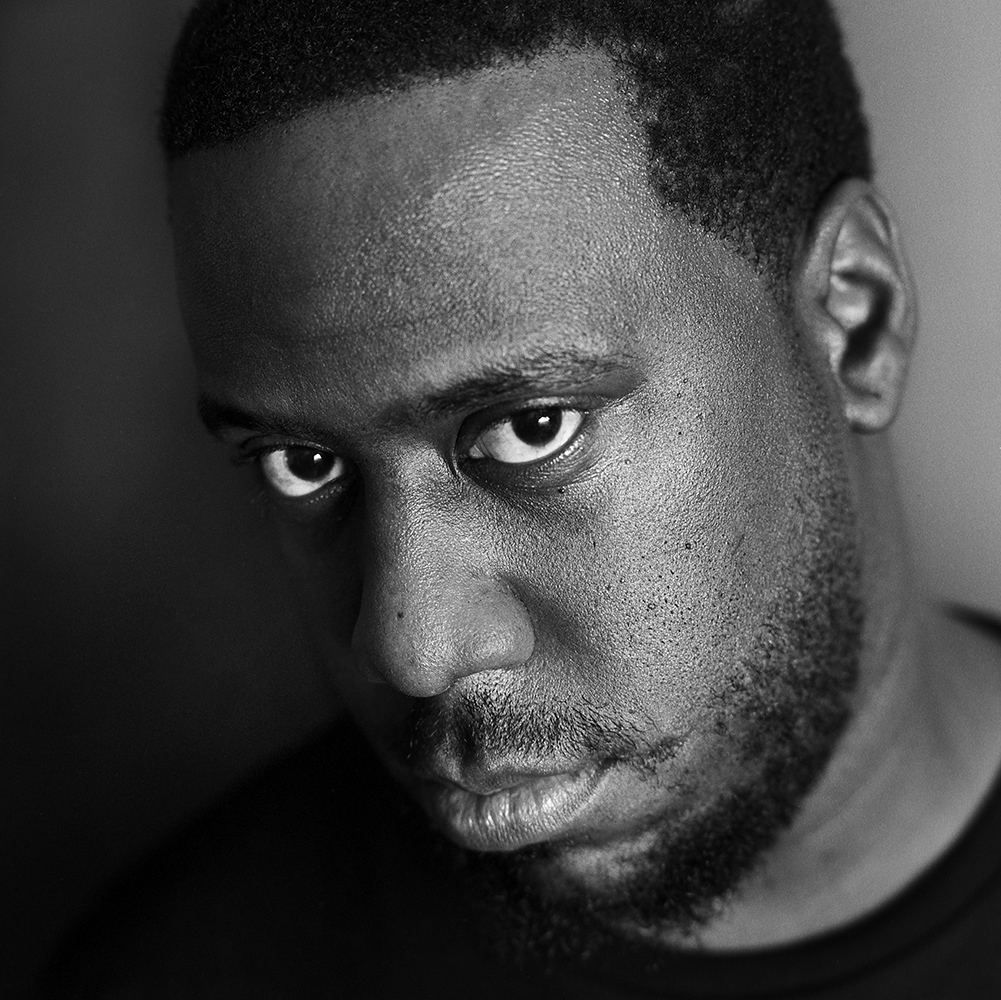 Last month, cool and collected Texan Robert Glasper began touring the world with his musical collective, The Robert Glasper Experiment. He is no stranger to British soil, having headlined at The London Jazz Festival back in 2012 and the first ever Love Supreme Jazz Festival last summer in a scorching line-up featuring Snarky Puppy and Jools Holland. Moments before his Birmingham gig, Robert takes a look back on his career so far and shares some of his philosophies on music.

His latest project, Black Radio 2 is an immaculate fusion of Jazz, Hip-Hop, R&B and Soul featuring a broad list of prominent industry names including Erykah Badu, Common and Brandy. Its precursor Black Radio, won a Grammy for Best R&B Performance in 2012 and is often lauded for reintroducing Soul to mainstream music.

The album has peaked charts all over the world and continues to garner discussion amongst music fans and critics alike. Collaborating with only the best in Soul whilst venturing into Rock with a sophisticated cover of Nirvana’s “Smells Like Teen Spirit“, Black Radio was bound to be a success. Robert shares his strategy for assembling this musical dream team.

“Like pretty much from Black Radio 1, everyone on that album, I knew. I knew them and we’ve worked together at some point. So, I knew there would be a connection and I knew it be something great. I didn’t know what it would be, but it would be something. Black Radio 2 was half and half – half of the people I’ve worked with before, the other half were people I’ve wanted to work with. I wanted to work with Faith, Brandy, Snoop. I felt there would be a good connection, because I’ve just loved their music for so long”.

For Robert Glasper, it appears that choosing who he wants to work with is less of an elaborate science and more about chemistry. One artist he particularly enjoys working with is frequent collaborator long-term friend, Bilal. The pair attended the New York School of Jazz and Contemporary Music and met on the first day of college back in 1997, Robert recalls, “we’ve been best friends ever since“. “I’m like Spike Lee!” he confesses, chuckling with joviality. “You know Spike Lee has the same cast in every movie. If I have vocals or I don’t have vocals, he’s going to be on the album somewhere. Bilal is my favourite vocalist, period – of all time“.

On whether Black Radio has had a positive impact on his career, Glasper has no doubt. “Black Radio was definitely my breakthrough record for mainstream and for people who don’t listen to Jazz. I have a Jazz movement. I have an R&B movement. My jazz movement, In My Element – that was the album that really got people’s attention. Even though it’s a Jazz record, it got the attention of a lot of Hip-Hop cats”.

Referring to himself as “a piano player who writes music and produces songs“, Glasper is not one to be tied down by the specifics of genre categorization. He calmly admits, “I don’t feel pressure or anything, because the R&B/ Hip-Hop/Soul game is so spread out. There’s so many people in it, but I don’t think it’s an all eyes on me thing. When I first did like Black Radio 1 and we got the Grammy, I felt like ‘God, now I’ve got everybody’s attention! The R&B world is looking at us!’, that’s why I thought let’s do an R&B album, so I made Black Radio 2 more R&B”.

In a time when Soul is said to be dying out and being replaced by hollow, meaningless drivel, Robert Glasper tackles the difficult, age-old question of what ‘true’ Soul music might be. “It’s that question“, he sighs, displaying a playful grimace. “I mean, it depends on what you’re talking about because you could go to a real surface level and say, ‘Hey, it’s black music, it’s this’ or you could say Soul is literally, from the soul so it could be touching music. People that really dig into themselves and come up with something honest, that could be Soul music, or if you’re talking about the genre of Soul music, that’s a different thing as well, so I don’t know of a definition”. Of his own music, Glasper says, “everything about it is organic, the way I came up with the track is organic and playing with a live band“.

The Robert Glasper Experiment, as they are collectively known consists of saxophonist and vocoder singer Casey Benjamin, bass player Derrick Hodge and drummer Mark Colenburg. They record as a group and are widely celebrated for their live sets, particularly those of an improvisational nature. The musical artistry and capabilities between them cannot be disputed.

“I think that’s what’s missing in Soul music, is a live band element. When Hip-Hop and R&B, Soul started mixing in the early 90s and everything was a Hip-Hop track and R&B became R&B/Hip-Hop – you know what I mean? It lost some soul“, Glasper explains. “Soul music as we know it, is like Aretha Franklin, Marvin Gaye, Curtis Mayfield, Isley Brothers – and that’s all live instruments. That an aesthetic that you can’t get with machines – no matter what you say”.

From an early age, Glasper has indulged in a wide array of genres and styles of music. He was taught to play the piano by his late mother, Kim Yvette Glasper who was a decorated Jazz, Blues and Gospel musician. Studying visual and performing arts at high school and Jazz later on, Glasper continued to grow in musical knowledge and expertise. His discography alone tells of an earnest appreciation for a range of music forms, artists and poetry. When it comes to naming his musical idols, Robert is suddenly coy but with good reason. He takes time to explain.

“I’ve stopped answering that question, because it followed me throughout the years of my career. I used to give it all the time earlier in my career, that 2005 to 2007. People used to come to my shows listening for that influence versus coming to the show with an open, honest ear and being able to tell me who they hear. When that happens you make people think, you make them really listen. They always want to connect you with somebody because they need that – you can’t just be dope. I mean, I do have influences not going to say I don’t”.

Glasper has just wrapped up the UK leg of his tour. He will move on to Europe and continue on through North America until late July. When not on tour he says, “I’m home with my son, my family” – his wife Angelika and five-year-old son Riley. Surprisingly and despite being the cool, classy cat he is, Robert describes himself as a “home body“. “When I’m home I don’t really go out very much“, he adds.

Music is never far from their household. With young Riley already a versed drummer, a musical recital is always on the cards. “He’s always like ‘Papa, let’s jam!’ so I jam with him“, he smiles. What is the next move for the family guy? At the moment, he is focused on finishing up with a few on-going projects. “I don’t know, I’m producing a lot of records now for other people’s albums. I just wanna get that stuff done“.

He has just finished working with legendary R&B Singer/Songwriter Anita Baker for her new album. In 1987, she won a Best R&B Vocal Performance Grammy award for her game-changing album Rapture and a Best Rhythm and Blues Song award for her mammoth hit “Sweet Love”. Glasper was given the opportunity to produce and write a song for her upcoming album, something he says “was a dream come true“. He recalls being silenced in awe of Ms Baker. The whole experience he says, “was crazy“. 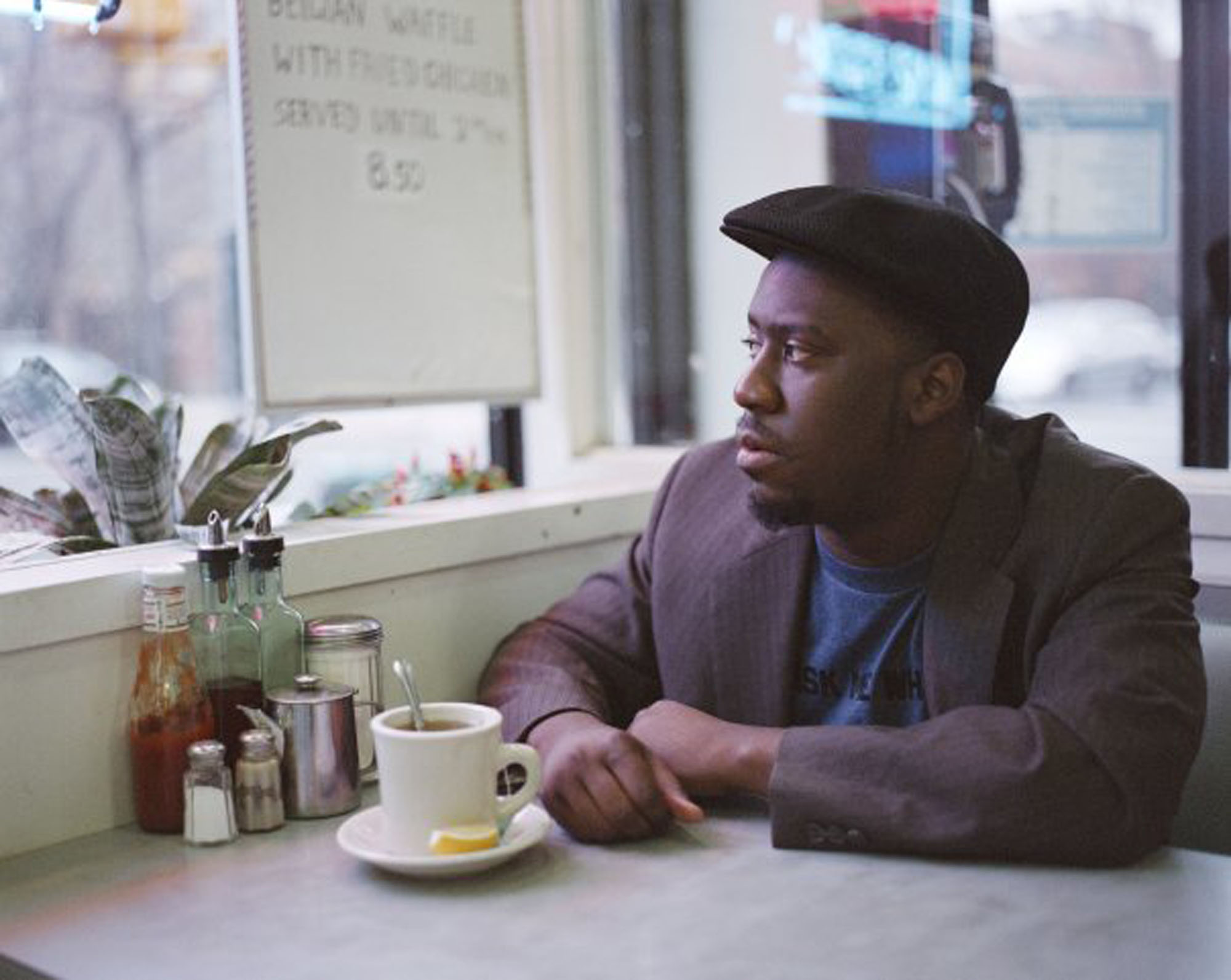 Next, Robert Glasper hopes to get back into the studio and bring us some fresh music. With such great reception worldwide to The Robert Glasper Experiment and the Black Radio project, he reveals, “once I get that done, sometime next year I think I’ll do a record – not necessarily Black Radio 3! I just don’t wanna be like Rocky”, he jokes, referring to Sylvester Stallone’s trio of boxing films. “But I do like the ‘Black Radio’ concept. I don’t want to let that go, it’s becoming a brand. It’s becoming a movement“, he concludes before adding that he plans to produce “a gospel record, with a Black Radio concept“.

Having now created studio magic with Anita Baker, Brandy and Bilal, one could argue that in his career, Glasper has made good progress through a list of respected, contemporary artists. How does he do it? “I choose people that I feel like I’m on a vibe with“, he answers. In the future, Robert expresses wishes to collaborate with several other legendary artists including Radiohead frontman Thom York, Stevie Wonder and Bjork. Above all, he looks to produce genuine music.

“That’s the definitely something I see coming up. I’m still contemplating what I want to do. Every record I make, I never want it to feel like a ‘filler’ record or just another album. It has to mean something and something different”. 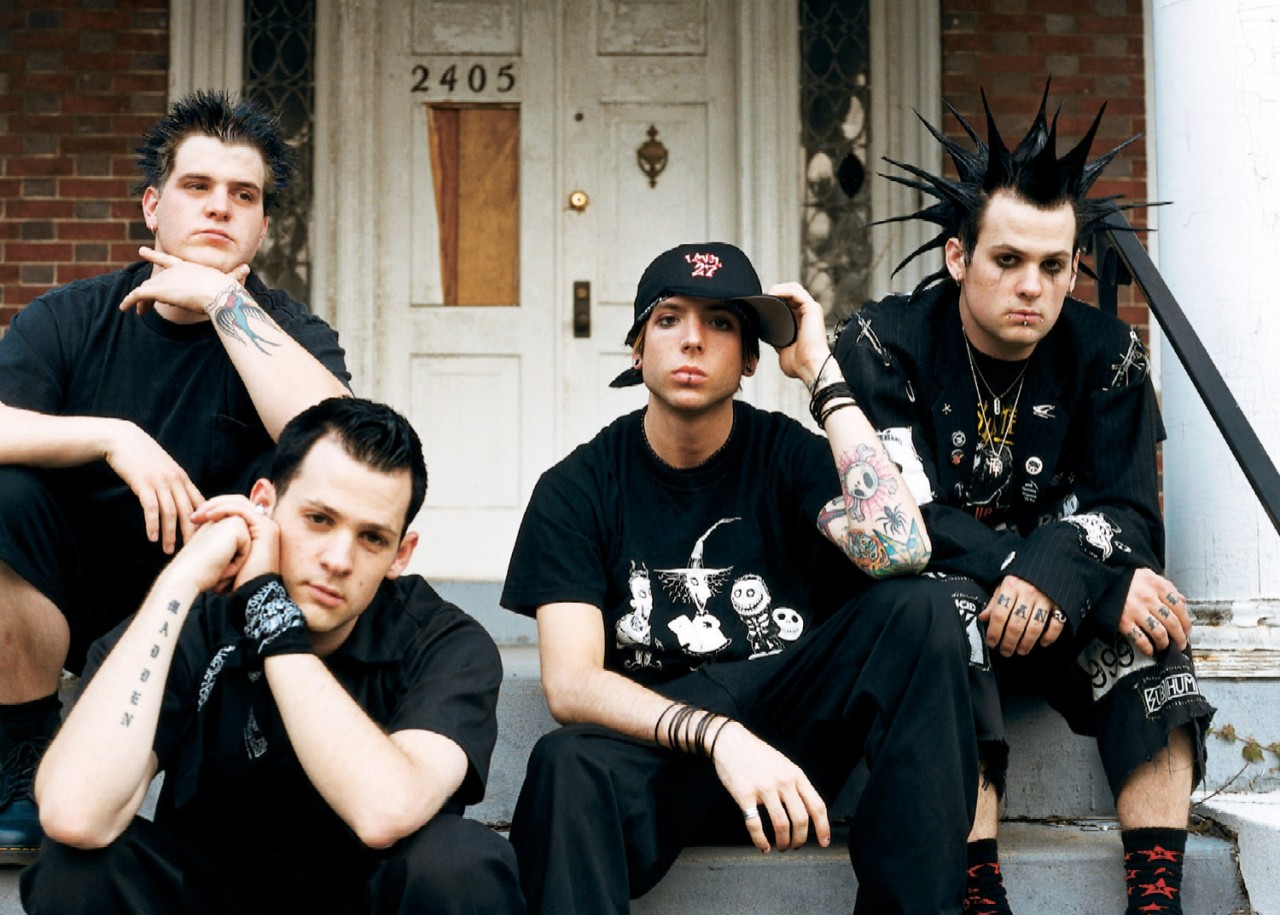 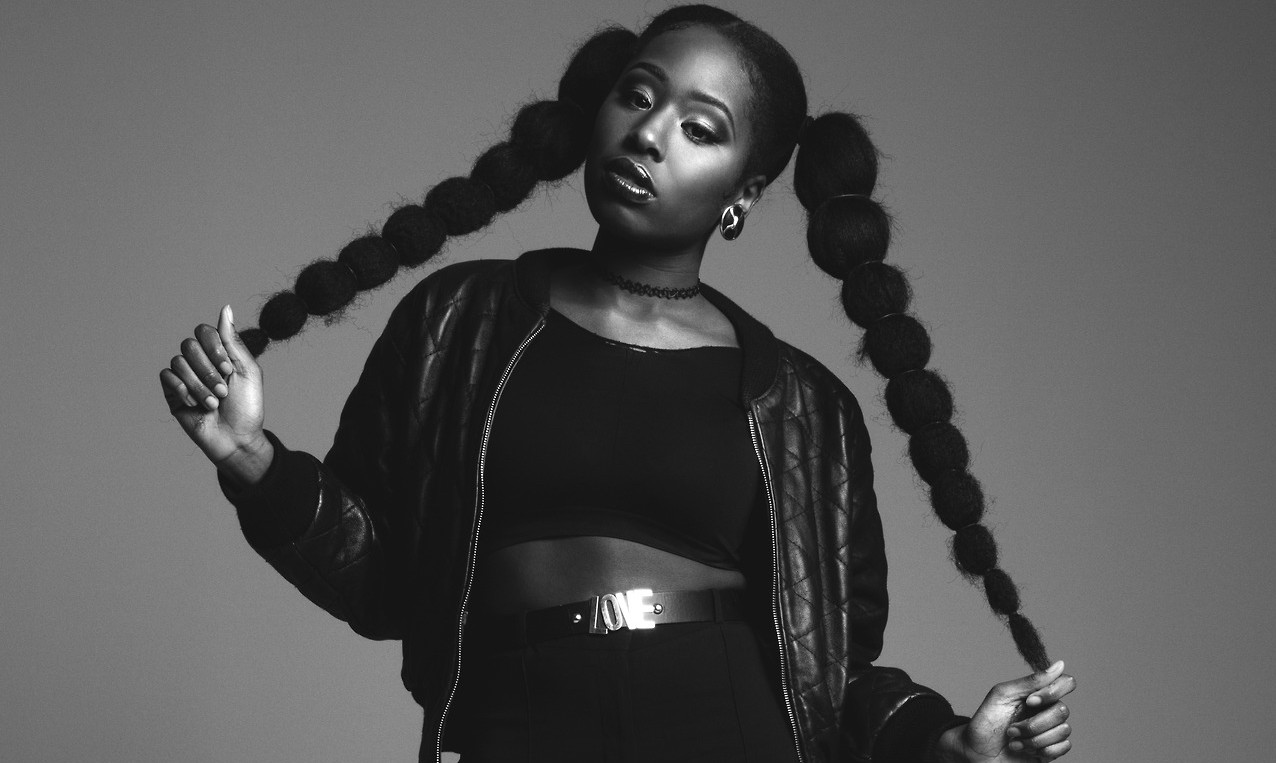