Today I want to share my favourite sort-of-new artist who is sufficiently niche such that I’m going to assume he’s properly-new to you. If this is a false assumption, and you are already well acquainted with Mellow Fellow, then I can’t really imagine that you’ll be vehemently averse to having a scroll and a listen. This is some chill music; I doubt you’ll have the energy or the inclination to be grumpy at the end of it.

Mellow Fellow is Polo Reyes, a Filipino creator of indie pop; low-fi, lazy, uplifting tunes that will turn your mediocre mood into a blissful dream state. He calls himself an “internet artist” and the whole project has a cult-y feel, and is surprisingly obscure. He’s probably quite a good one to drop into the playlist to impress your company in a wine-sipping mood-lit situation, preferably if your company have half-fringes or doc martens, in order to get the desired reception.

Be careful though: playing a Mellow Fellow song at any old social occasion would be considerably more risky. It’s probably a fast-track way to scatter all atmosphere at a party, for instance. You are safer if you stick to scenarios like sunset wanders, bougie cafe soundtracks, or maybe study-session playlists: there are even a few instrumentals like Jazzie Robinson to choose from.

Thus far, we’ve established that Mellow Fellow is (unsurprisingly) relaxed, authentic and sort of unnoticed. At least, there isn’t much else new filipino music on the radar, to the best of my knowledge. Reyes has been doing his thing since 2015, but you’ll have to hit bandcamp for his releases pre-2017. They sound pretty different to his ‘proper’ releases but the early stuff still satisfies all the aforementioned buzzwords quite admirably.

604 Diamond Street is his debut album. It’s a charming mess. Expect a blunder of badly mixed ballads with a crackly rock-n-roll feel that sounds like it’s coming out of a hot-boxed garage. Or maybe a tin-can. Or just played through your phone speakers into an old mug. Not ideal right? So why can’t you stop listening to it? Because Reyes is just a gorgeous song writer, and his hooks and melodies are like gentle, unobtrusive ear-worms (overlooking both that paradox and unappealing wording).

The whole experience is like finding an early Velvet Underground concert recording that has been squashed in the decaying relatives equally decaying attic; you persevere and listen anyway because it’s the Velvet Underground and you know that you’ll eventually find a wondrous chord progression. So, let me act as this same sort of psychological-quality-control so that you can be bothered to persevere over a less hallowed artist.

“Until The Time” is a rattling, timeless guitar ditty. It feels like it would better fit echoing out of shanty town in romanticised middle America circa 1958. “Don’t Leave Me Today” laments the singer’s lack of prospects complete with a pseudo country howl in the pre-chorus. The reference to how he’s had no place to go since 1992 is amusingly incongruous in light of this.

We’ll leave 604 Diamond Street and it’s kind of acoustical Strokes impressions there, and blitz over the recent material. Singles “Dancing” and the collaborative effort with Clairo. “How Was Your Day” are persistent and standout favourites in the discography.

The former is glitzy, vintage pop that takes you back to a poodle-skirted Californian-prom-you-never-attended in some entirely rose-tinted past. It’s delightful, addictive, plush pop in which to bury your head. “How Was Your Day” ticks similar boxes, with a bit more jazz and a cleaner rhythm track. Clairo’s twee-pop vocal style is absolutely spot on, retaining the integrity while freshening up the sound. The melody has been stuck in my head for about a month.

Jazzie Robinson – the neat and sweet eight track LP that followed these singles – develops, establishes and challenges all of these areas in equal measure. There’s a proper little bossa-nova moment (“Bossa Yeshua“) with a Ventures vibe solo, and also a full-on Mac Demarco style interlude “Tired”.

The common element in the Mellow Fellow discography is the wholeheartedly uplifting quality of the music. It’s certainly much harder to not enjoy a Mellow Fellow song than it is to let it leave you in a lovely mood. Really, this is not much to complain about. Go give it a listen. 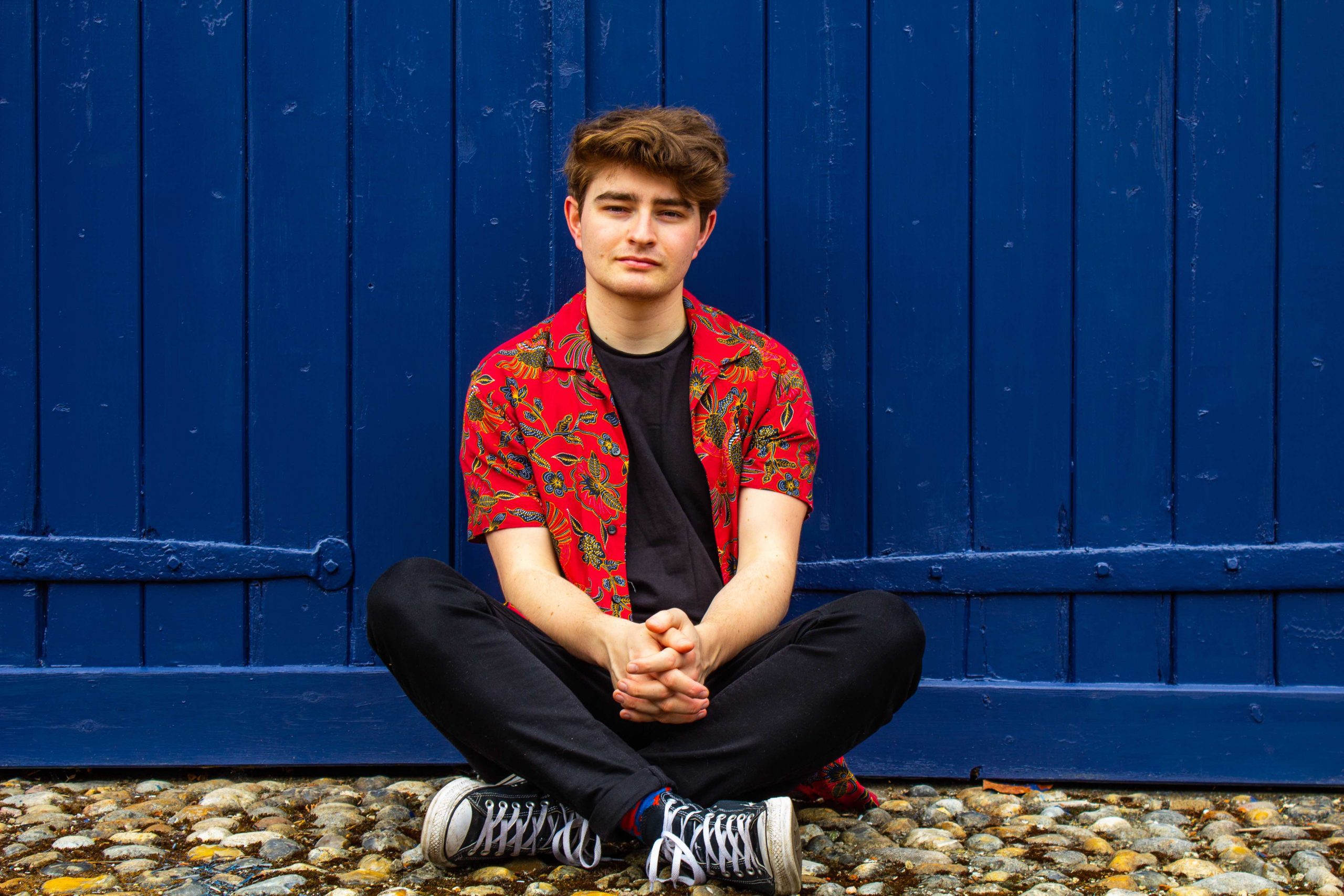