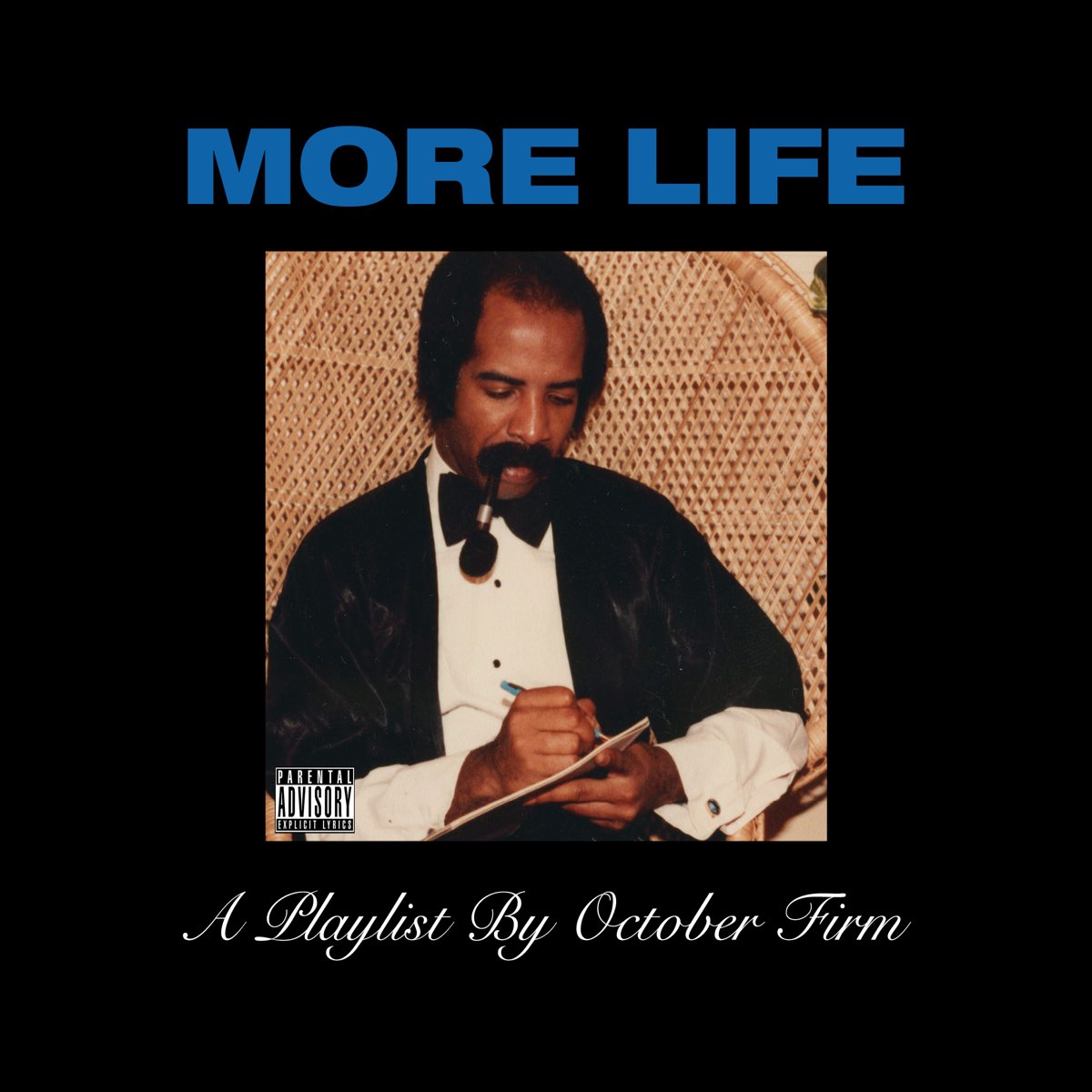 On the 18th of March, 2017, Canadian rapper, singer and songwriter Aubrey Graham, popularly known as Drake, released his sixth mixtape and tenth overall project More Life. With More Life made up of 22 songs, Drake also considers this a playlist rather than an album or even a mixtape.

The “album” includes a variety of genres including R&B, grime, trap and afrobeats. Not only did More Life get named as the best album of 2017 by a number of tastemakers, it also charted at #1 on the US BillBoard 200 album chart.

The album is titled after a Jamaican slang phrase, which means to wish someone well, and the cover art of the album features a photo of Drake’s father Dennis Graham, which was taken in the 1970’s, while the album comes with production from the likes of 40, Boi-1da, Kanye West, Murda Beatz, and PartyNextDoor.

More Life opens up with the song “Free Smoke”, which starts with a sample of Nai Palm’s vocals from her song “Building A Ladder”. In the song, Drake displays his dominance in the rap game, while also referencing his beef with US rapper Meek Mill.

“Ghost writing rumors turn you into a ghost?“, Drake said in the song, referring to when Meek Mill accused him of using ghost writers. The song is perceived by people and the media as a diss track not only to Meek Mill but to all the other rappers Drake is beefing with.

“Free Smoke” smoothly transitions into the second song of the album “No Long Talk”. The song features British rapper and songwriter, Giggs, with references to UK street culture, which Drake has already been a fan of, are made throughout the song.

For his third track, “Passionfruit”, Drake sings about his struggle to remain faithful in a long distance relationship. He also advises his love interest in the song to end their relationship due to his struggle with maintaining trust. People have speculated that the song could either be referring to Jennifer Lopez or Rihanna.

The fourth song on the album features British singer and songwriter Jorja Smith, titled “Jorja’s Interlude” and features a sample of Drake’s song “Doing It Wrong” towards the end.

The next song on the project, “Get It Together” is a remake of the song “Superman” by South African DJ, Black Coffee, who just won a Grammy Award at this year’s ceremony. The track also features Jorja Smith, who dominates the whole song with her amazing vocals, while Drake only makes an appearance in the chorus.

The sixth track, “Madiba Riddim” speaks about Drake’s journey in the world of fame. The title of the song is inspired by South African anti-apartheid revolutionary, Nelson Mandela, who was also referred to as “Madiba”. On “Blem”, Drake lets loose and talks about being blem, which means being high on marijuana, in order to be sincere with his love interest in the song. 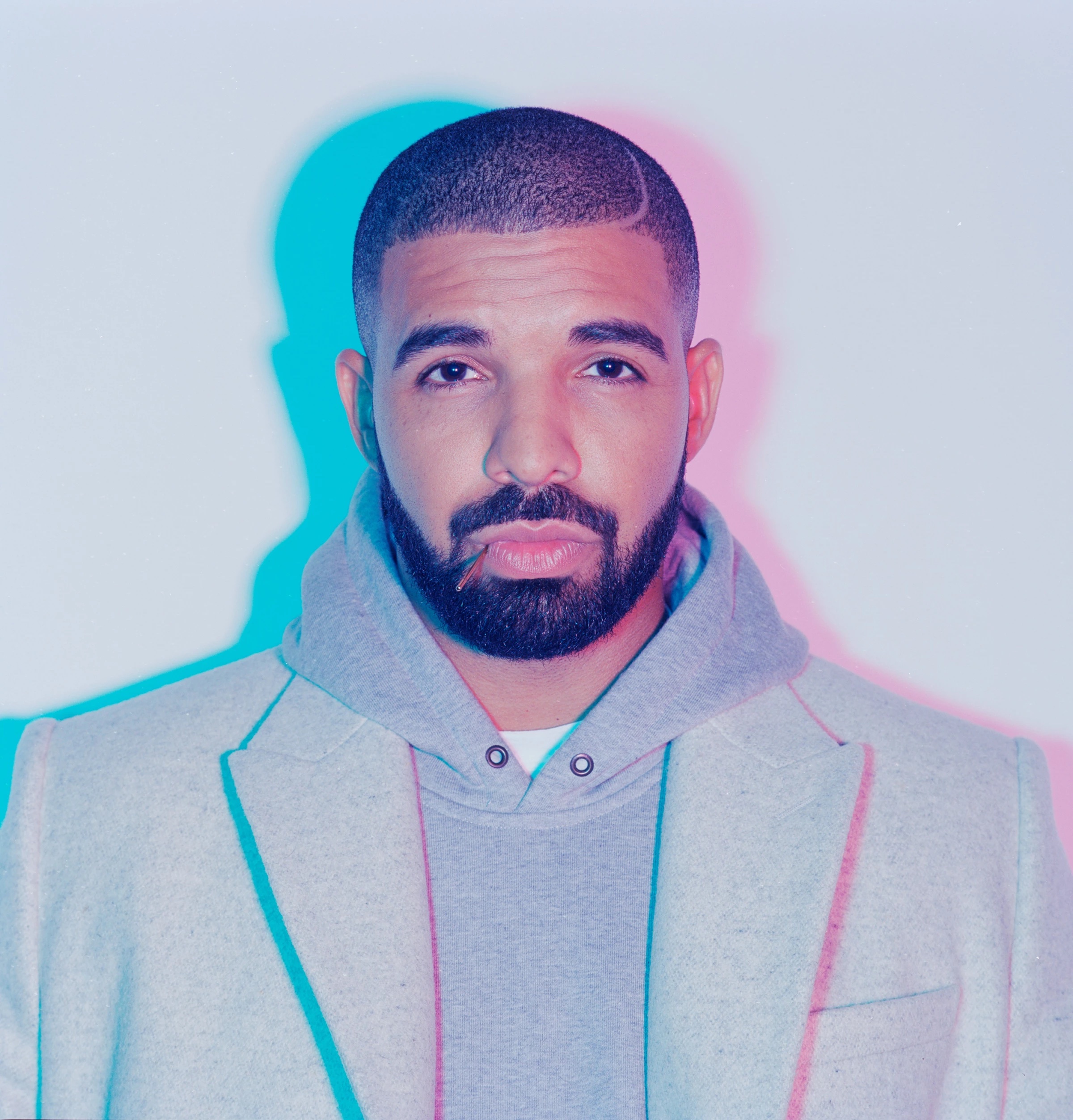 “4422”, the eigth track on the album features UK singer and producer Sampha. Sampha was born in the UK but his family originated from Freetown. 44 is the country code for UK, while 22 is the area code for Freetown, hence the uncanny wordplay for the title.

“Gyalchester” mainly talks about Drake’s rap game, loyalty and money, including his expenditure. The name “Gyalchester” arose people who were against the use of the word “man” in city names (Manchester), again pointing to Drake’s love for UK culture.

Although Drake is often branded as the nice guy of hip-hop, we never knew that he is also a feminist at heart. We stan a feminist King who also doesn’t usually call women derogatory terms like most rappers. The next track “Skepta Interlude” features UK grime legend Skepta, a collaboration we had come to expect, as on OVOsound Radio Episode 38, Drake mentioned that he has always been a fan of Skepta and wanted to shine a light on him.

Drake, Quavo and Travis Scott teamed up on the 11th track of More Life titled “Portland”, with Portland being a significant place for both Travis Scott and Drake. “Sacrifices” features rappers, 2 Chainz and Young Thug, with the three rappers talking about the sacrifices they have made in their lives and how they overcame their struggles.

The track “Nothings Into Somethings” could be about American tennis player Serena Williams. The couple dated on and off over the years, until Serena announced her engagement to Alexis Ohanion in December. Ouch! “Did I just read that you just got engaged on me / I heard from your friend, you couldn’t even tell me“, Drake croons on the song.

Drake sampled Jennifer Lopez’s “If You Had My Love” on the next track “Teenage Fever”. The song could be referring to Drake’s relationship with Jennifer Lopez, since she was Drake’s crush ever since he was a teenager. He is literally living his teenage dream. Walt Disney wasn’t lying when he said that all our dreams can come true if we have the courage to pursue them.

“KMT” features Giggs once again. The song is very similar to the late XXXTENTACION’s song “Look At Me!”, with both songs carrying the same rhyme scheme and heavy 808 bass sounds. On the next track, “Lose You”, Drake asks his loved ones if he has lost them due to his commitment to his career.

On “Can’t Have Everything”, Drake realizes that he is unable to have everything he desires, while “Glow”, which features Kanye West, speaks about how far both rappers have come since starting out in the music industry. “Since Way Back” then sees Drake and PartyNextDoor teaming up to croon over a promiscuous lover.

On “Fake Love”, Drake criticizes his friends who only love him because of his success, and then Drizzy teams up with Young Thug once again on the album’s 21st track “Ice Melts”. The lyrics on the song appear to be referring to a mystery love interest. Drake begs his love interest to let the “ice melt” and give him a chance.

On the last track on More Life, “Do Not Disturb” Drake picks up from where he left off on “Lose You”. On this final track, Drake unloads a lot, which can be seen as a special moment on his album.

More Life shows a different side of Drake, a side that we don’t see that often. All the tracks blend in perfectly, leaving you with a beautiful listening experience that you’ll never forget. We also love how he gave light to the likes of DJ Black Coffee, Giggs and Jorja Smith at the time.

If you haven’t listened to More Life, this is your sign to go back to it. Check it out below! 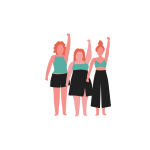 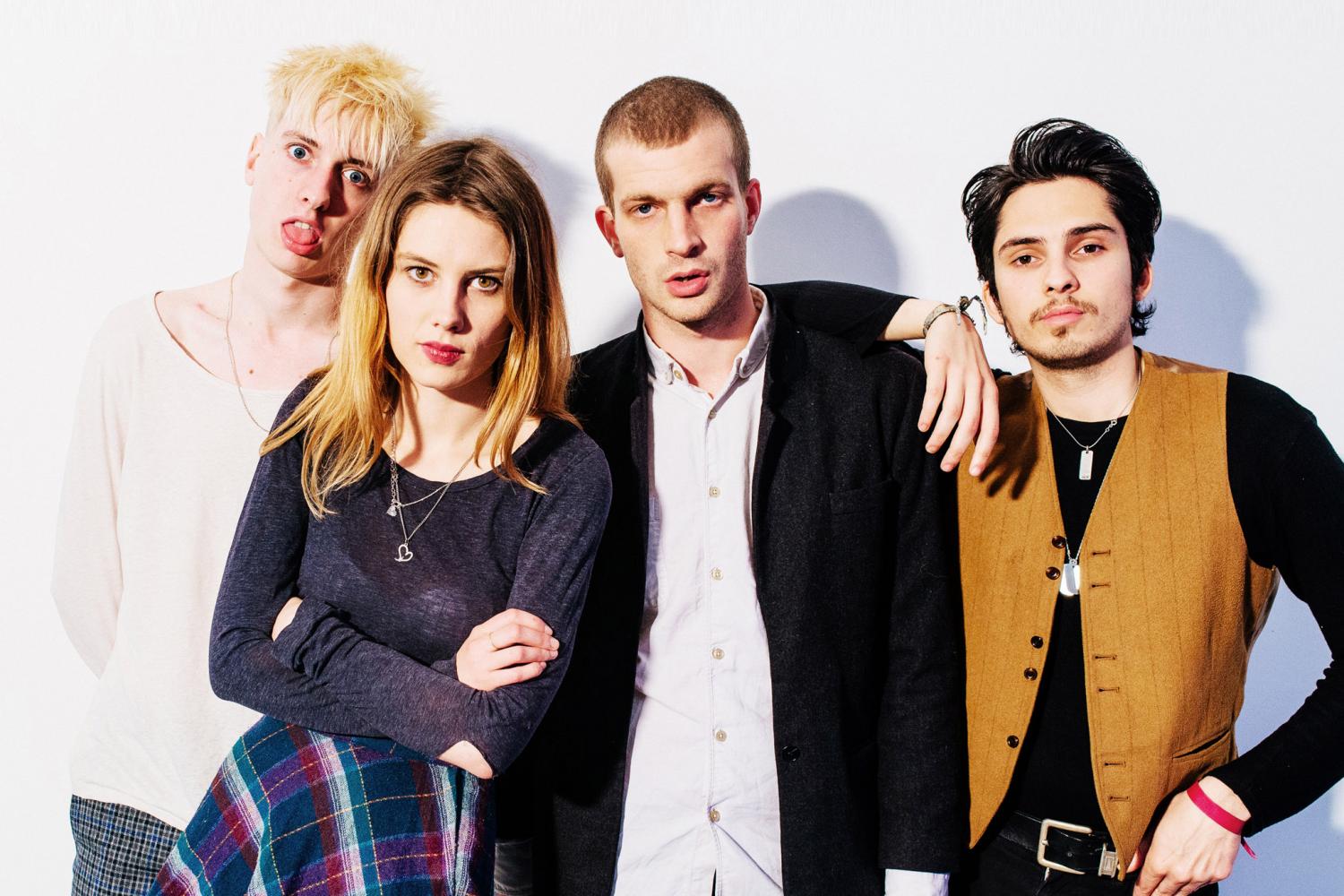 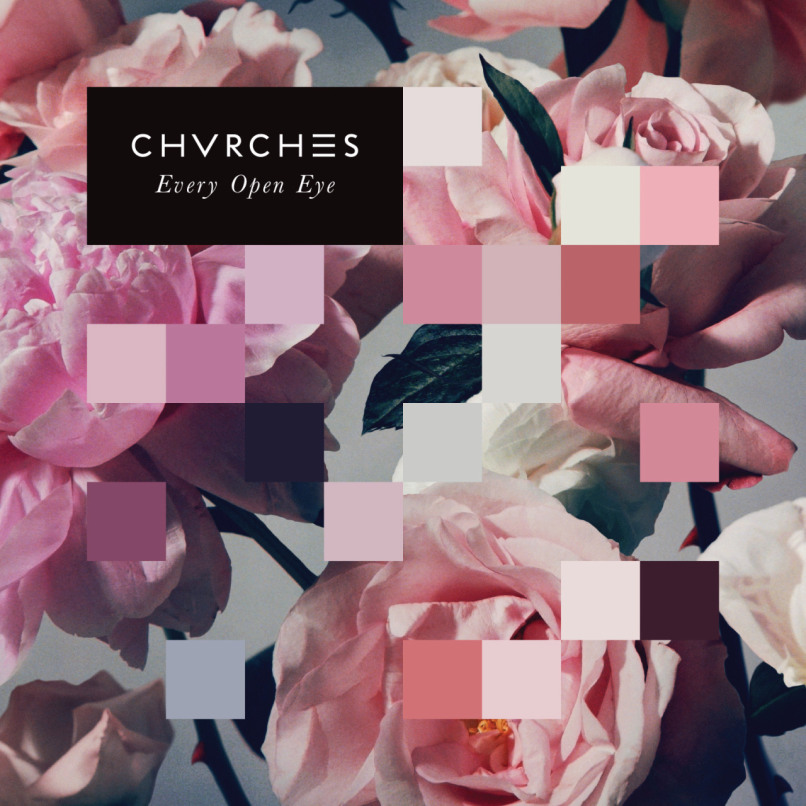 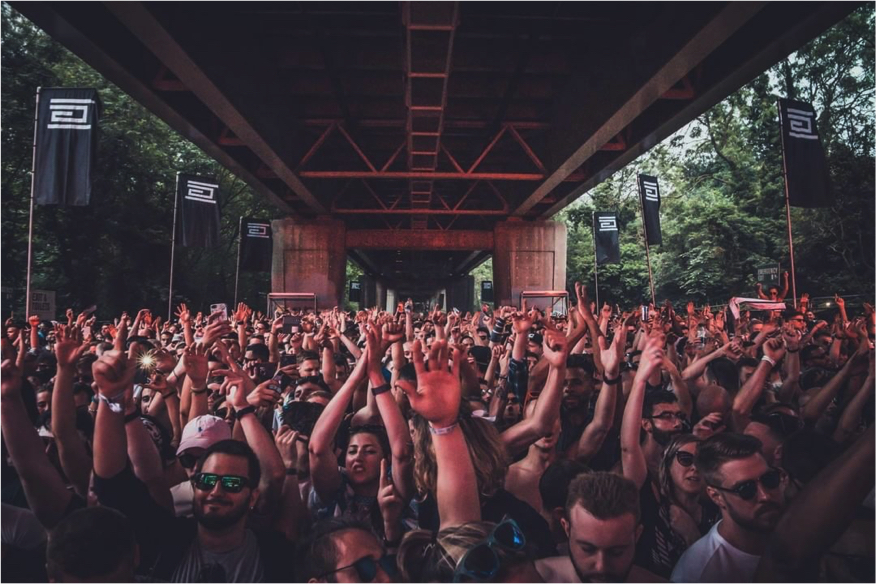